A long time ago, it was just an idea. A little seed of forbidden love between teacher and student that blossomed into the book I now call my first baby. Once, it had song lyrics laced throughout the novel. Once, it was a screenplay and page one had Nina working at a movie theater. Once, it was simply for myself and my best friend. And then suddenly it was for everyone.

Three years ago, I gained a job title. Author.

My debut novel, The Low Notes, released from a small publisher called Rebel Ink Press on May 17th of 2012. By January of 2014, I released the second edition of the book myself as an independent publisher.

I've struggled for three years with the idea of revisiting Kevin and Nina's story. Readers ask for more all the time and I always say the same thing; that the story that needed to be told has been told. Still, people ask for a sequel...

A few months after the book came out, I posted an epilogue on my blog. The following year I posted a mock-interview with the main characters catching up with them a year later. Then I posted a new chapter on the second anniversary. My intention was to always have some kind of new material on the anniversary every year, but this year it didn't happen. Tomorrow I'm releasing my eighth novel so there hasn't been a ton of time for writing anything extra.

Here's what I'll tell you...I've started writing a 'sequel' a handful of times, but it's never felt right. I know what happens to Kevin and Nina and there's no story there. Novels--even novellas--need some kind of conflict and in my heart of hearts, I know they are happy. Maybe they fight, maybe there's doubt, maybe there's jealousy and insecurity from time to time but trust me, you don't want to read about Nina's frustration with Kevin about who does more housework.

Nina interns and eventually works for Confession Records (so if you want a quick glimpse at her you should read Natural Harmony).

A real happily ever after with no need for me to go and scare you into thinking they won't make it. The will. They have.

I'm sorry to those of you who were hoping for another quick scene from them. I hope to have more in the future, but I don't want to pressure myself into forcing words that aren't there. I would never want to cheapen the original story by writing them in an inauthentic way.

I'll leave you with this, the last line of the book. Yes, it was their beginning, but it will always be the true end for me. I said goodbye to them and left them alone to be happy. Three years later and I still love them, miss them and think of them often.

After all of the months of fighting and yearning, hiding and denying, loving then leaving, they were just two people in the end. Two people—at the beginning. 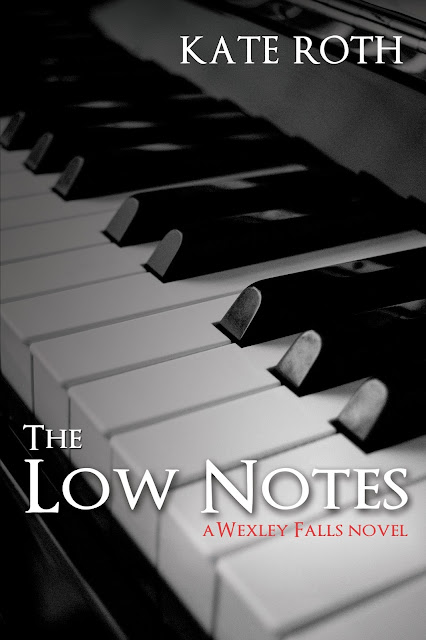 *I'm always open to answering questions about the book, the characters, and the fact that I plan to write more books set in Wexley Falls! Please contact me if you ever have anything you'd like to ask.