Writing Up a Storm, Creating Universes


When I decided I was going to try and have The Low Notes published, the manuscript was already written start to finish. I cranked that book out in about nine months because I literally couldn't stop writing it. Now, it needed A LOT of work by 2011 but all in all it didn’t take much to turn what I'd finished in 2009 into the book that is out today. The story with Reckless Radiance is similar. I’d written one draft in 2008 and another around 2010 and finally pieced it all together last year, finishing it up and doing my final draft this March. It’s been a long time since I started and finished a draft consecutively. Until Natural Harmony.

In a matter of four months I’ve written over 55,000 words of my third novel. It pours from my heart onto the page. I can’t get enough of my characters and the setting, the plot and the romance. I think about this book constantly and to me that’s proof that I’m in love with it. I still have more of the story to draft but I get closer to the end every day and I can see 'The End' in sight.

The best part about this book is the world it has created in my head. Natural Harmony is going to be the start of the Confession Records universe. With each subsequent book, readers will meet new characters connected to each other in very small ways. They won’t be sequels but they will be companions to one another. I’m so excited about sharing this first book and all of the others I have lined up. In total, as it stands right now, I have four books that will be a part of this series!

Stay tuned for more news on Natural Harmony and be sure to send me the good vibes for many more words!
Posted by Kate Roth at 8:00 AM No comments:

It's been a while since I did a T.T.T. so today I'm giving a quick rundown of all the things I'm excited about and looking forward to right now!


10. Summer
I know it’s half-over but I am still excited about nice weather and BBQ’s and all that summer entails.

9. My writing retreat stay-cation
My husband is headed to California for a week here shortly and I’ve planned to take a few extra days off work while he’s away to hole up in my house and do a little typey typey! Here’s hoping I get a lot done!

8. My TBR list
I have been devouring books lately and every time I look at my ‘to be read’ list I get all giddy thinking about what I’ll be reading next! So many good books and not enough time.

7. The Ballad
Yes, that is a title to an upcoming novel. There isn’t much written yet in this story but it is all mapped out in my head and although I won’t be sharing much about it until it is further along in progress I am truly excited about this book!

6. Swag
It might sound silly but I get pretty into creating goodies that go along with my books. Bookmarks, postcards, and bumper stickers are on the way!

5. Reckless Radiance’s launch party
I haven’t started planning this just yet but I’m really pumped to have a big bash this time around for my paperback release!

4. Hubby’s Graduation
My husband will be graduating in September after three years at The Art Institute of Indianapolis and I cannot wait to see what comes next for him!

3. Natural Harmony
The novel I’m working on now has all but consumed my thoughts lately and as I get closer to finishing it I’m getting more and more excited to share it with people!

2.  New Adult Sleepover Weekend Event
December will be here in the blink of an eye and I will be on my way to Georgia for my first out of state event! I can’t wait to meet readers and some very cool fellow New Adult authors.

1. Reckless Radiance
My second novel will be out in 70 days!!! I can’t believe I’m going to be an author all over again and I’m really excited to share another side of myself as a writer. Reckless Radiance is so very different from The Low Notes but I’m glad everyone will be meeting Russell and Valerie soon. 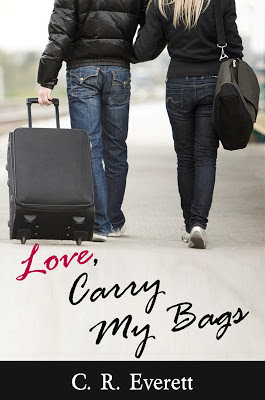 Camryn Johnson’s world is turned upside down when long lost love, Reese Dahlgren, re-enters her life at a pivotal point in her already challenging marriage. She faces an excruciating predicament: choose between a broken home for her daughter or a broken life for herself.

After her parents' divorce, Camryn first meets high school basketball star, Reese, at the Harvard Milk Day Festival bed races. Reese hides baggage of his own…until Camryn melts his heart and learns secrets entrusted only to her. Still, the weight is too much to bear. Unable to cope, Reese unwittingly backs Camryn into a corner during his air force enlistment—love him from afar, or leave him.

Enter aerospace engineering student, Glenn Conroy. Persistent and savvy, he woos Camryn during her junior year of college and wins her heart. Or does he? When Reese re-enters her life, further disrupting her tenuous marriage, Camryn turns to best friend, Megan, for advice, but refuses to believe Megan’s suggestion that she’s caught in a “simple” love triangle.

Camryn unveils hidden mysteries and secrets as she embarks on a life-changing journey of revelation and forgiveness, transcending doormat qualities inherited from her mother, and in the process finds what life's struggles are really all about.

C.R. Everett's heart-wrenching debut novel takes the reader on an emotion-packed journey that lingers long after the last page is turned.


And now an excerpt from Love, Carry My Bags....


“I don’t mean to be rude, but, when are you going home?” Mr. Dahlgren asked. Reese and I smiled at each other, slightly embarrassed.
“Reese goes back on Sunday. I’ll take him to the airport for you,” I said, expressing the favor.
“Oh, Reese needs a ride?” He said in a deadpan drawl. “I thought he might walk. That’s what those service boys do, right? Walk a lot? Hut two three four.”
Reese wasn’t amused.
“You’re drunk again! No wonder mom left you!” Reese shouted. He took a whiff of Mr. Dahlgren’s drink, a cup from Subway, then poured it down the sink.
“Wha’d ya go and waste a good rum and Coke for?”
“You’re the waste!” Reese left me and his dad in the kitchen and ran upstairs. I looked at the stairway, then looked at Mr. Dahlgren, not sure if I should leave the drunk man alone or run to comfort Reese.
Mr. Dahlgren made my decision for me, waving me away. “Git.”
Reese was lying face down on his bed, his head buried in the pillow. I crept in. Instinctively, I touched his shoulders as I sat next to him, quiet, not sure what to say.
“I wish you wouldn’t have seen that.” He sniffed away some tears.
“I didn’t know . . .”
“Nobody knows. I didn’t want you to know.”
“What are people going to think of me? Son of a drunk.”
“But you’re not like that. You’re not like him.”
Reese continued. “It’s one of the reasons I wanted to leave this place, get out of this town, so I wouldn’t have to deal with him. I’m sorry you saw me angry. You don’t want to see me angry.”
“You had a right to feel that way,” I said, trying my best to be supportive. “It’s okay.” Alcoholism wasn’t something I was intimate with. We held each other, the only answer we knew.
Mr. Dahlgren, stumbling up the stairs, broke the sound of silence. He uttered, “Aw, shit.” A tumbling noise and a thud suggested he missed a step and fell back down. We heard him drag himself back up the stairs. His bedroom door clicked shut. Muffled sounds of a flop on his bed followed. The bedsprings squeaked, and then nothing.