You know her. She's sweet and innocent and pure as fresh-fallen snow...until something happens. Maybe it's a man, maybe it's a trauma, maybe it's a wild party that finally sets her free but the point is she makes a switch that shocks everyone. The 'good girl' goes 'bad'. Sometimes it's only for a night, sometimes it's just to catch the eye a man. Other times she makes the full switch, leaving behind her girlish ways for that of the vixen. If you can't quite picture it here's some examples....

Sandy trades in her bobby socks for skin-tight leather pants and stiletto heels because she thinks Danny wants her to be more like the Pink Ladies. 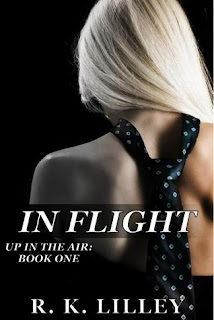 Even Nina Jordan of The Low Notes let's Halloween turn her into a bit of a minx....

I guess I can't really put my finger on why I like the idea of the GGGB so much but something about it always gets me. I love the transformation. I love seeing a female character gain ultimate control of her life and more importantly her sexuality. The story I'm working on now (not Reckless Radiance, something else) is all about a young woman's sexual and emotional awakening. She isn't really a GGGB but she certainly starts to embrace the bad-girl over the good.

Strong, kick-ass females are probably my favorite kind of character but a close second is the good-girl-gone-bad. Because she learns just ho awesome she is and that she can grab hold of it for herself.

I'm so thrilled to have YA author Jennifer Murgia on my blog today! See what she has to say about her Angel Star series and today's release, The Bliss...

Tell us a little about yourself, Jennifer...
I write Young Adult fiction and have a crazy, vivid imagination. I live in eastern Pennsylvania with my husband, two children and my cat, Oscar, who is really more like a third child. I also have a strange obsession with the smell of lemons . . . just saying.

What was the querying/agent/publisher search process like for you?
I was very lucky to have my found my publisher, Lands Atlantic, without the help of an agent. It was one of those "in the right place at the right time" sort of scenarios. Ultimately, the sales of my first two books, Angel Star and Lemniscate, helped garner the interest of the agent representing me now -- the wonderful Amanda Luedeke of MacGregor Literary. The process of finding the best home for your work is one that requires patience and being thorough in your research. My agent/publisher search involved many hours of online homework to make sure I queried the right person, a very polished query letter via email, and then, weeks of waiting and trying not to check my email every day. 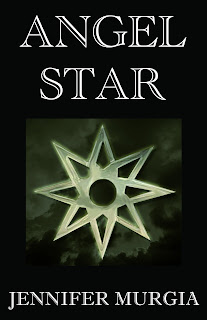 What inspired you to write the Angel Star series?
Angel Star is a story that hit me over the head one evening. It involved the notion of a conditional love shared between a girl and a boy, only it had a catch -- that the boy was someone she couldn't be with, but was a constant presence in her life.
It's a story of love and loyalty and holds a great deal of symbolism. I started writing its sequel, Lemniscate, the day I sent Angel Star off to my editor. 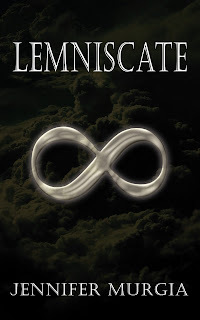 Tell us about your upcoming release The Bliss:


The Bliss was a fun book to write! It's a petite (no lie, it's very tiny) prequel to Angel Star, and a fun marketing boost for the first two books. I wanted to give readers a sense of what came before the original story, so it's told from Hadrian's point of view and recounts Lucifer's fall from Heaven.
A fun little tidbit: I held a character contest a while back and have included two brand new angels in the story! Can't wait to share them! 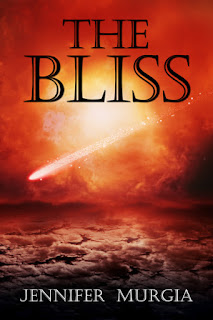 Would you say you enjoy writing the paranormal genre best?
I do -- it fits me. I have a tendency to enjoy writing darker sides to people and love throwing in what could be considered as speculative.

Is there another genre you would like to try at some point?
Funny you should ask that. I currently have a Historical Fantasy on submission, and a Middle Grade novel brewing in the back of my head.


Do you have a writing ritual or a certain way you like to get ready to write?
I write as soon as my kids get off to school. I grab that last cup of coffee and seat myself at my laptop, which is often at the dining room table. Not very glamorous but it works for me.

Do you have a day job? If so, how do you find a balance between work and your writing career?
I'm a full time writer. Balancing work and family? That actually comes easy. I work while the rest of the clan is away and I'm off when they're home -- which includes weekends, unless I'm under a deadline crunch.
What is your current obsession (absolutely anything...aside from lemons of course)?
Coffee. Lots of it. And Dunkin Donuts Vanilla Chai.

Readers can find out more about Jennifer and where to purchase her novels at www.jennifermurgia.com, on Twitter and Facebook!


Thanks again for joining us Jennifer! And Happy Release Day!!!
Posted by Kate Roth at 9:00 AM 1 comment: